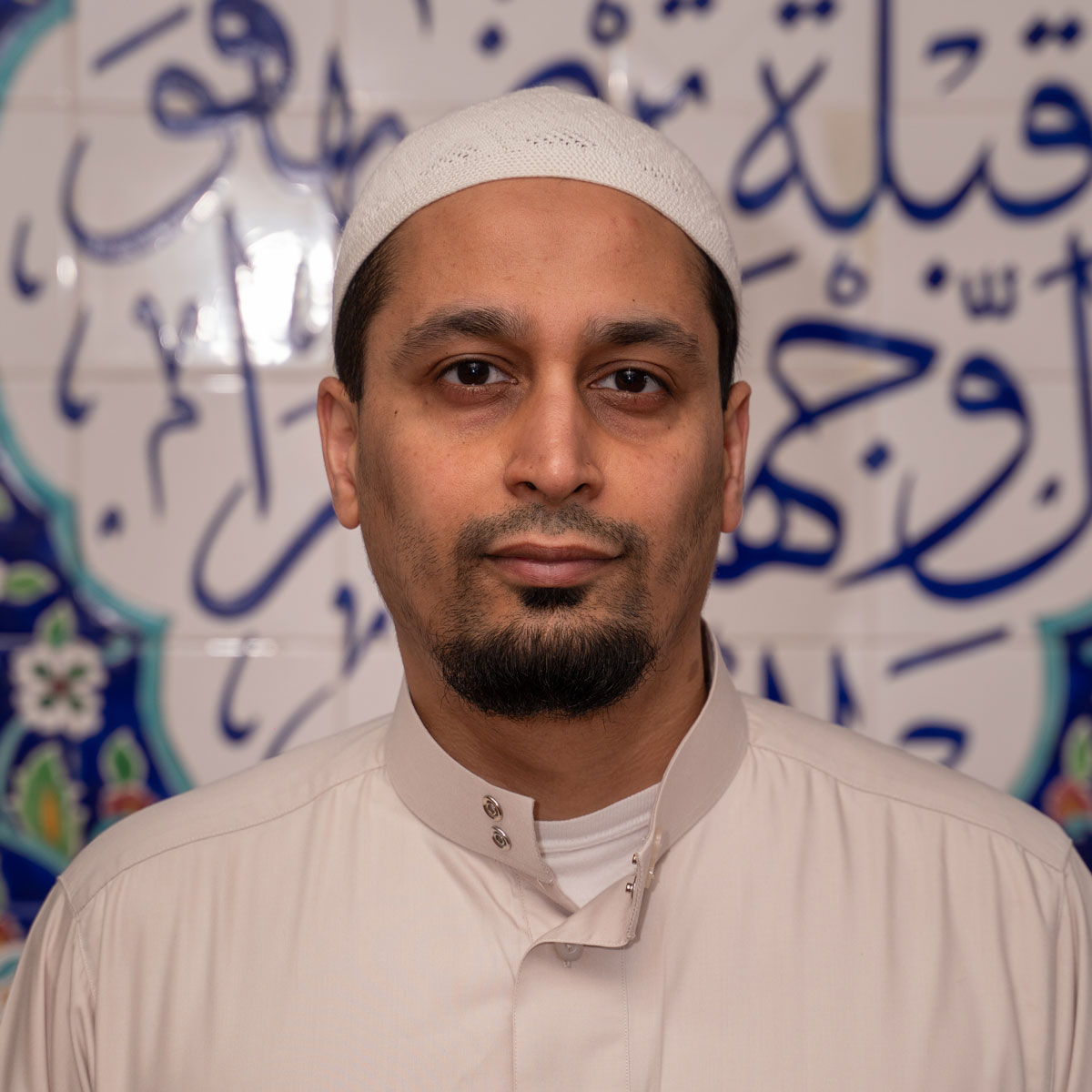 Mufti Nayef Patel was born and raised in New York before traveling overseas Nottingham, England where he began his ‘Alim course. After three years, Mufti Nayef traveled further east to Pakistan where he enrolled at Darul Uloom Karachi to continue his studies under the auspices of some of the most respected scholars in the world, including Mufti Taqi Usmani and Mufti Rafi Usmani, the grand Mufti of Pakistan. Upon completing his ‘Alim course, Mufti Nayef continued his Islamic studies by specializing in the field of issuing legal verdicts (iftaa) at Jamiat al-Ulum al-Islamiyyah Binnori Town and Jamiah Binnoria, spending a year at each institution.

During his stay in Pakistan, Mufti Nayef was able to receive authorization in various books of hadith from senior scholars, including Mawlana Saleemullah Khan, a direct student of Shaykh al-Islam Mawlana Husain Ahmad Madani (may Allah have mercy on them both). Concurrently, he completed his BA in Islamic and Arabic Studies from the University of Karachi.